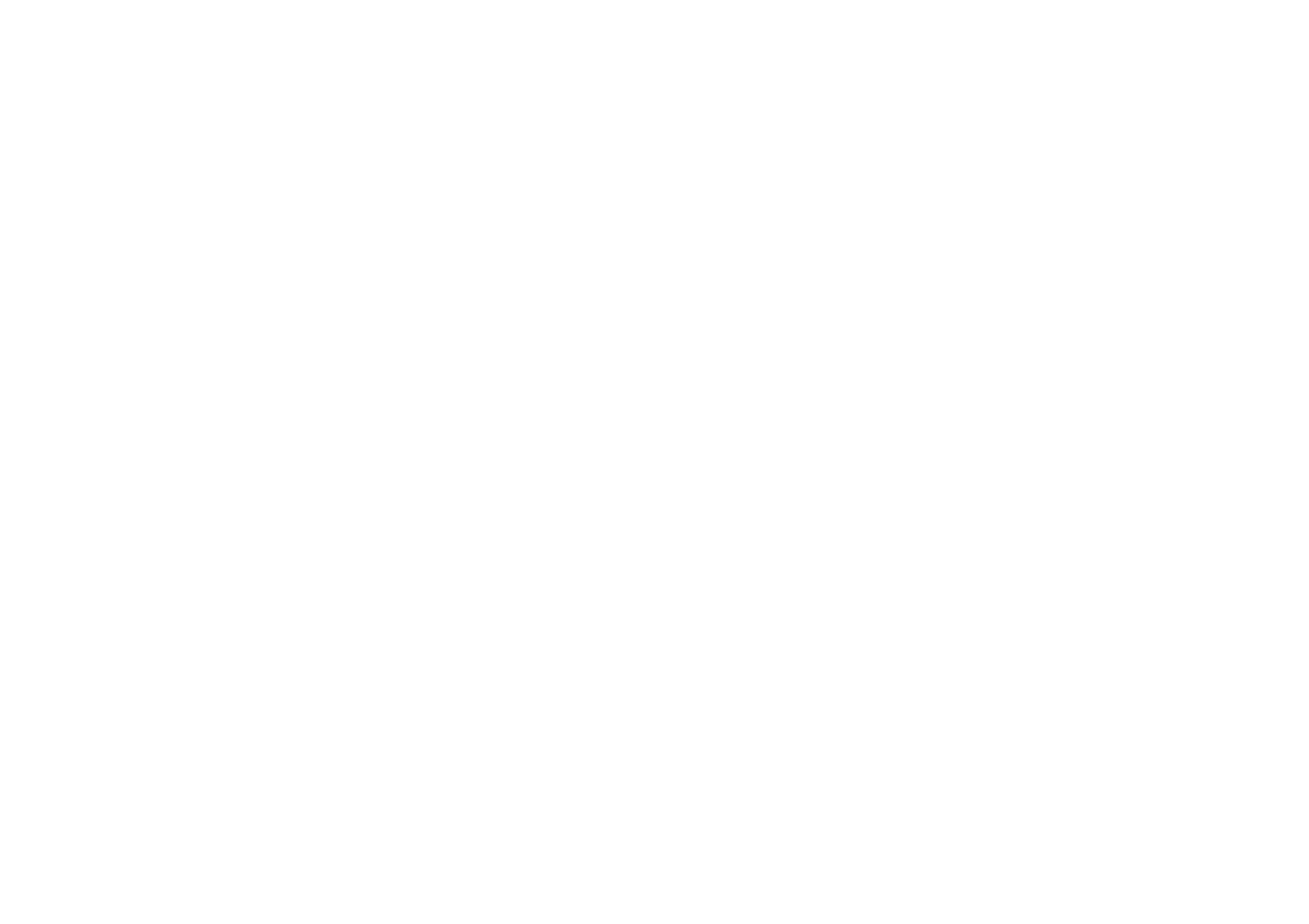 Because I was a bit sad and demotivated from writing endless applications for apartments to let in Innsbruck and the constant rain dripping on the roof of my van, parked beside a river near Garmisch, I asked a bunch of people about their plans for the next days and if anybody wanted to go somewhere outside. I didn’t have any expectations as to what would happen but I had already set my mind to accepting anything that was offered just for a change in perspective and to clear my head. Little did I know it would be this amazing. I spontaneously joined the Tiroliners crew for two days of highlining over a river gorge near Innsbruck. A bunch of people had free time due to some holiday that I wasn’t really aware of and I found myself in a highly motivated mix of people, being all positive about things. Even the weather changed and it was sunny and unusually warm. Getting to know new people, trying this highlining thing, being terrified while doing so and generally getting out of my own clouded head proved to be just what I needed.
Photographing something I hadn’t shot for two and a half years, dangling from ropes, scrambling the surrounding slopes to get into position instantly brought back the motivation for photographic ventures into new territories for me.
I just couldn’t get the grin out of my face.

“Looking at life from the glass-half-full-angle makes one realise – it’s our own decision that distinguishes falling from flying.” 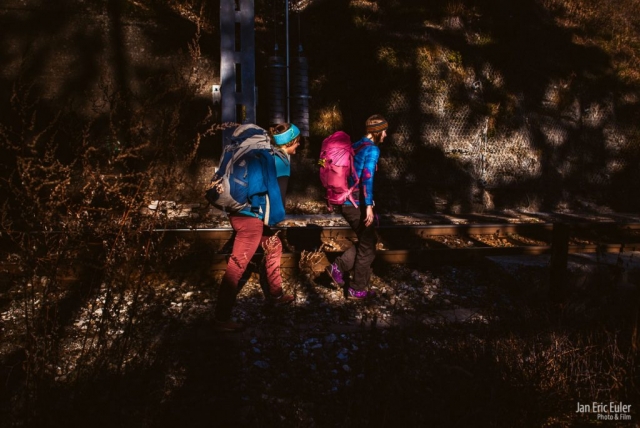 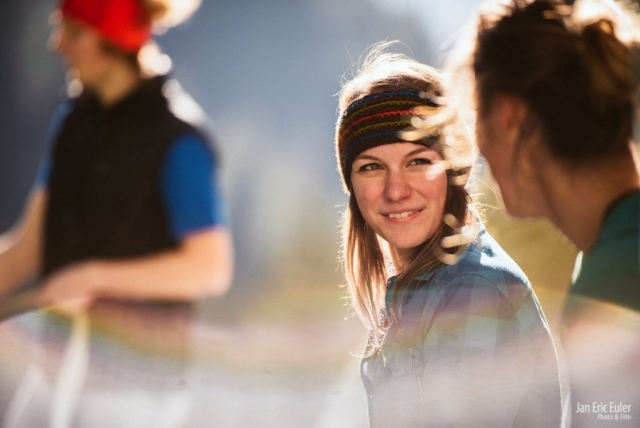 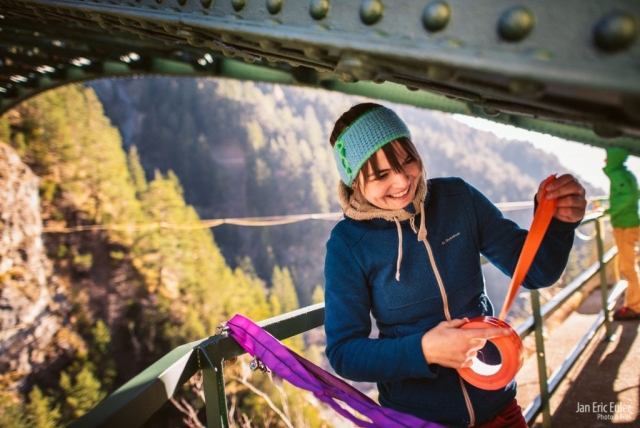 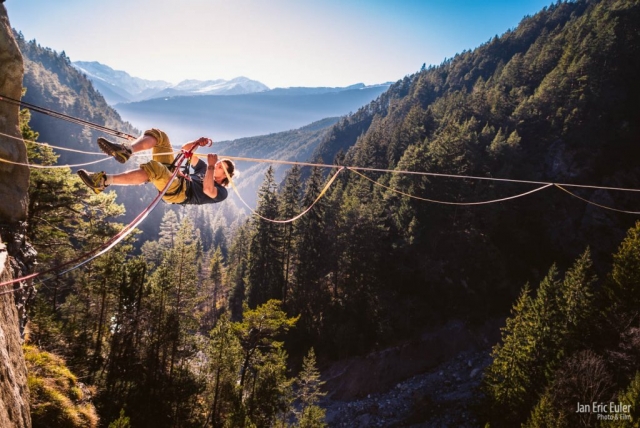 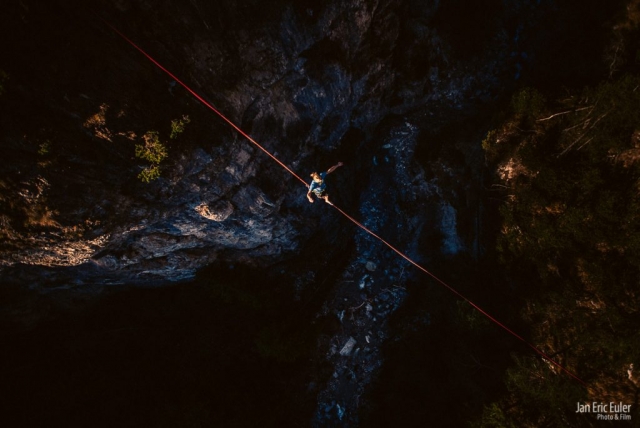 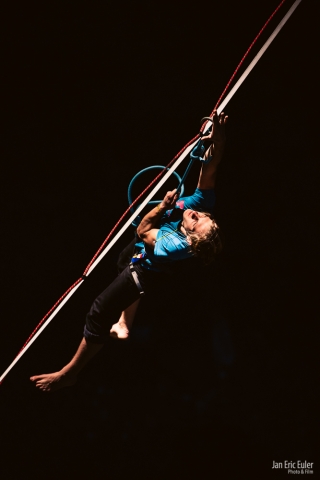 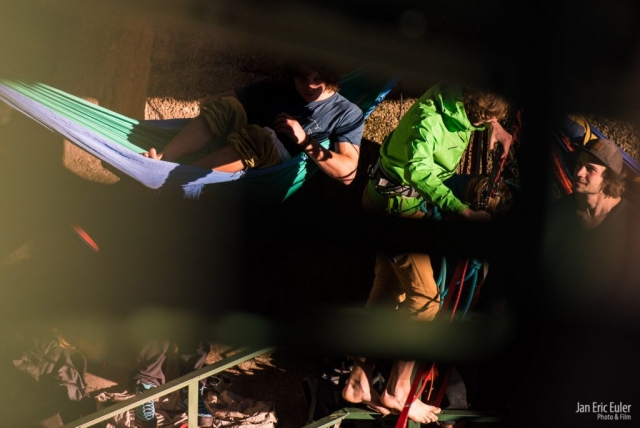 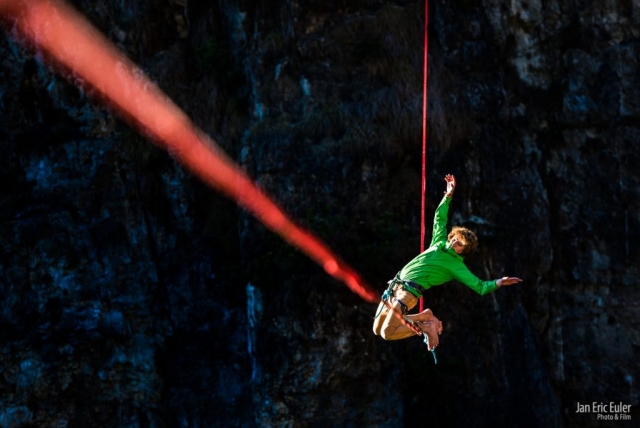 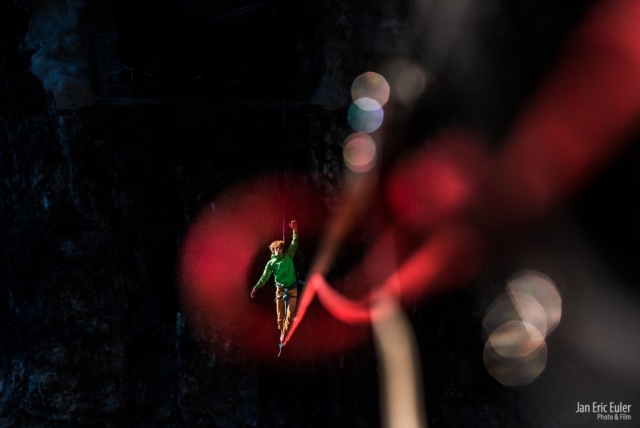 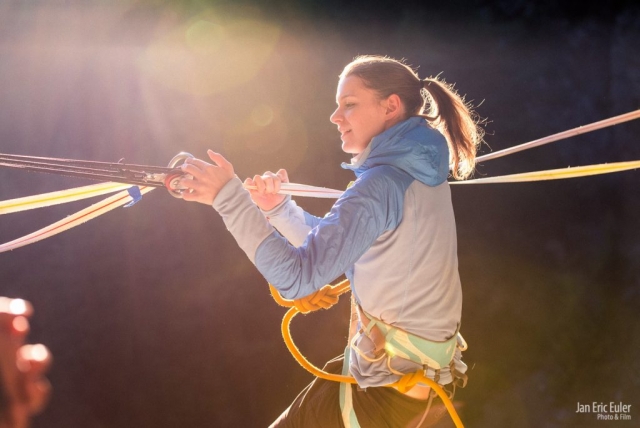 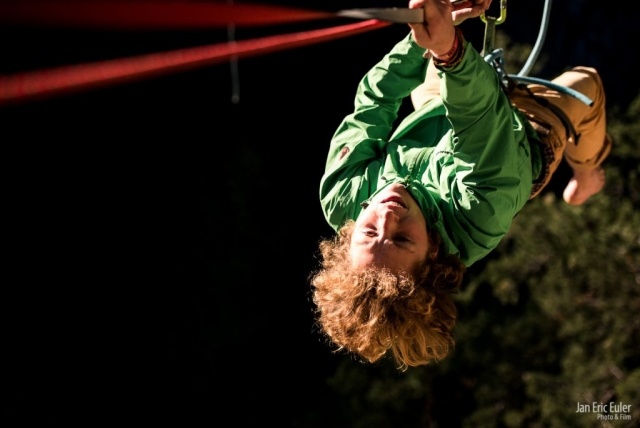 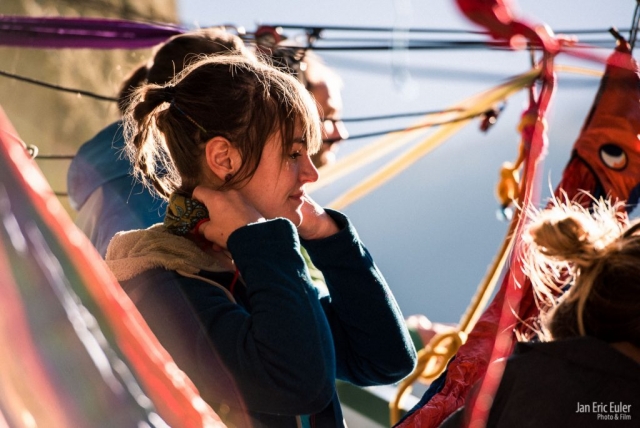 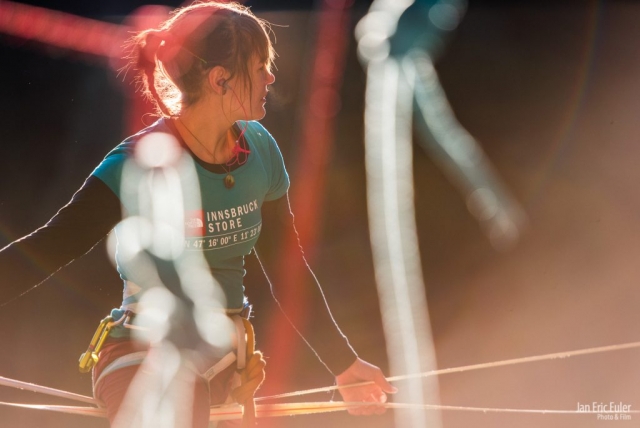 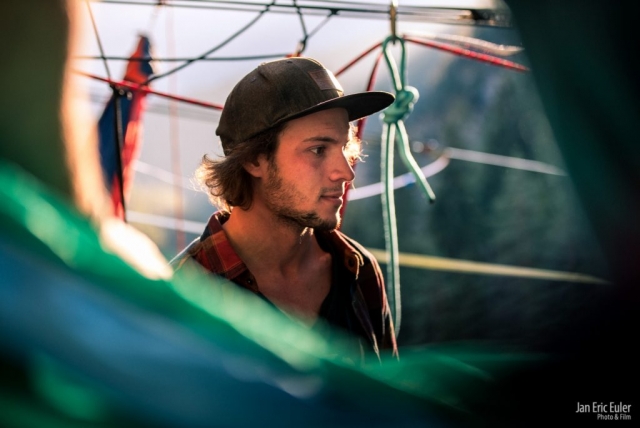 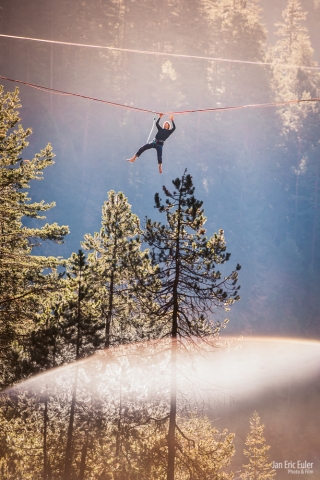 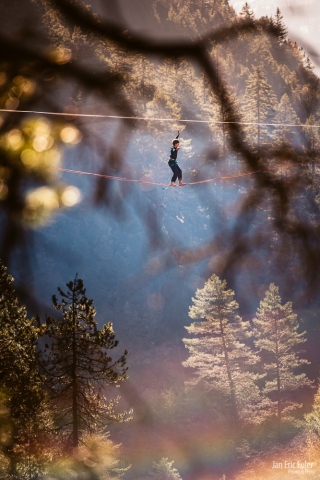 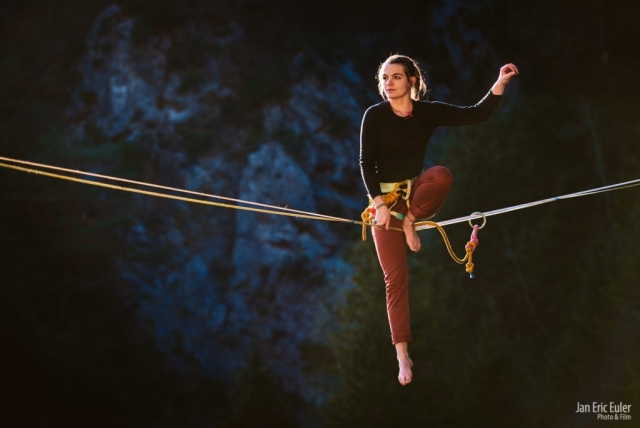 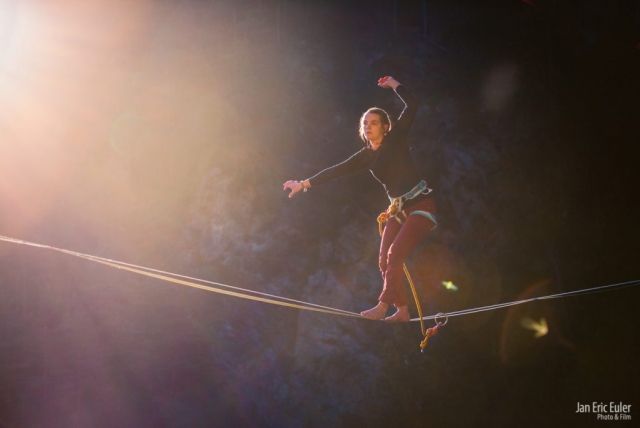 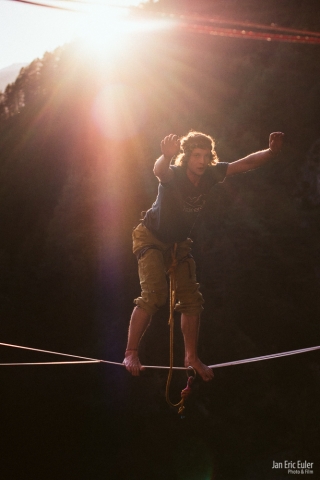 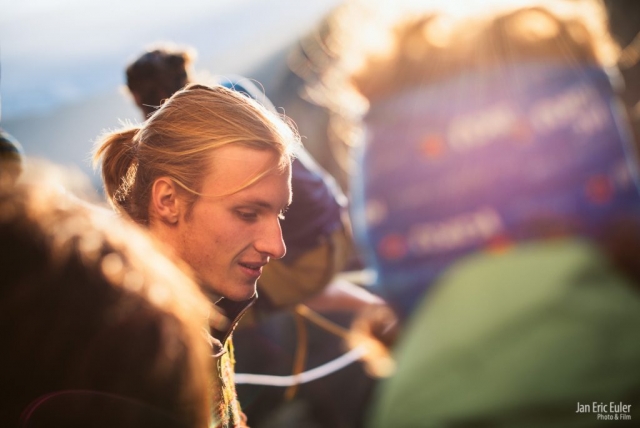 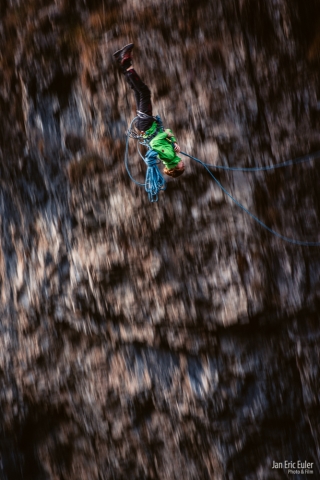 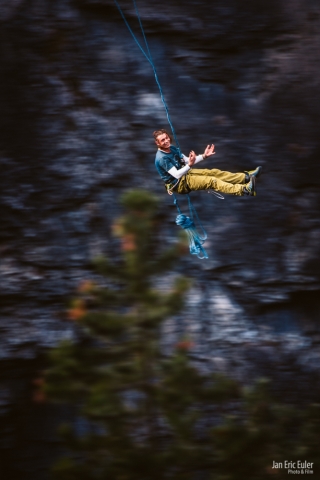 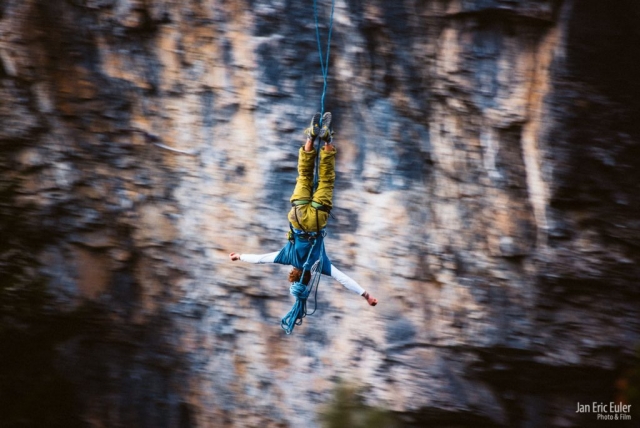 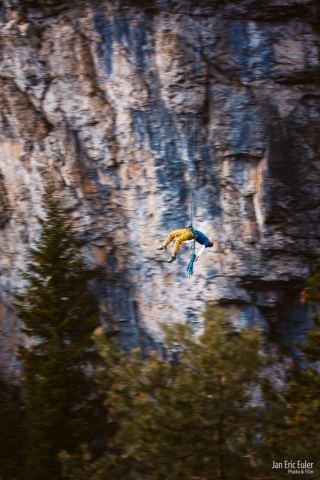 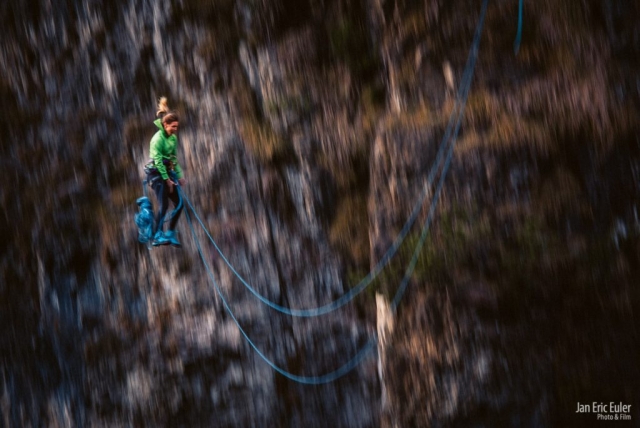 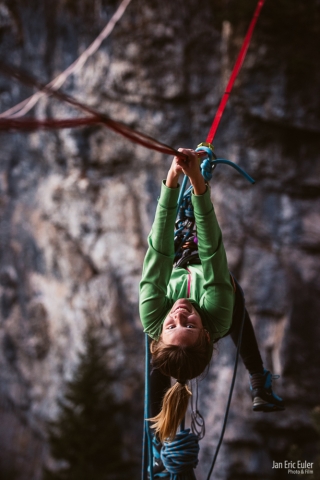